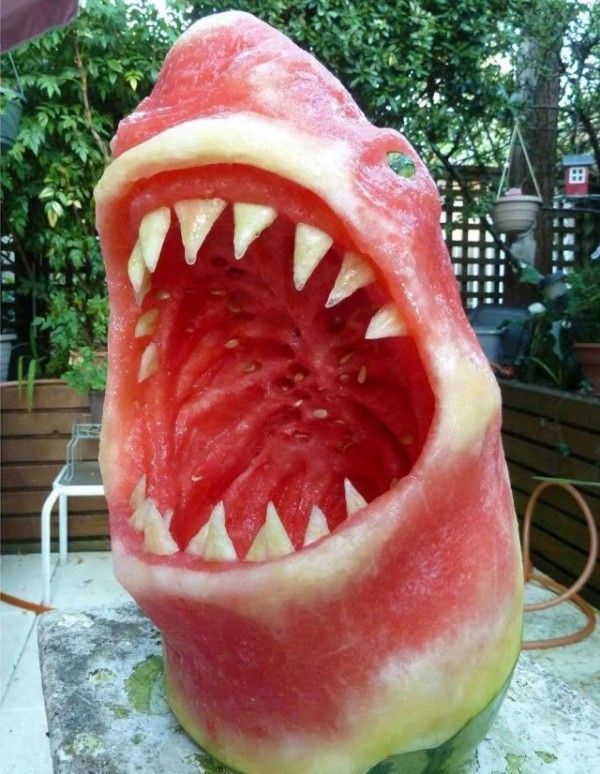 Clive Cooper's Fruit Sculptures are Almost Too Good to Eat

Sharks, bears, dinosaurs and Vikings are just some of the many intricately detailed watermelon sculptures Cooper has crafted. By creating his watermelon creations with a more "pumpkin-oriented" style, Cooper's watermelons are incredibly expressive and vibrant, and appear to almost leap at you. Cooper even goes as far as to use the watermelon's hard shell as an accessory for some of his sculptures; carving it into masks, glasses, hats and even armor. By carving at different depths, Cooper is able to add texture and color to help make his sculptures more lifelike.

Cooper's watermelon carvings are so incredible it seems almost a shame to eat them.
6
Score
Popularity
Activity
Freshness
Get the 2021 Trend Report FREE