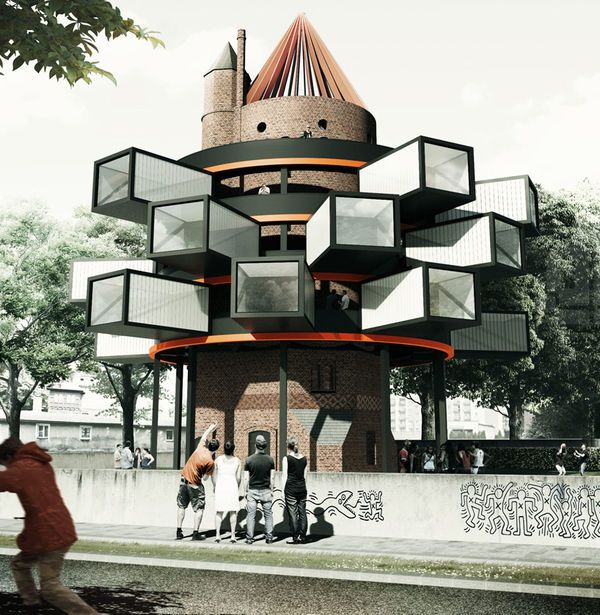 The added space does not compromise the function of the water tower, as the exterior work is supported by independent columns. The protruding boxes can serve a variety of functions, including space for a prison cell museum, rental space, a hotel and a bar. Water Tower 2.0 is only conceptual for the time being, but will be sure to add more space without interfering with its historical character.