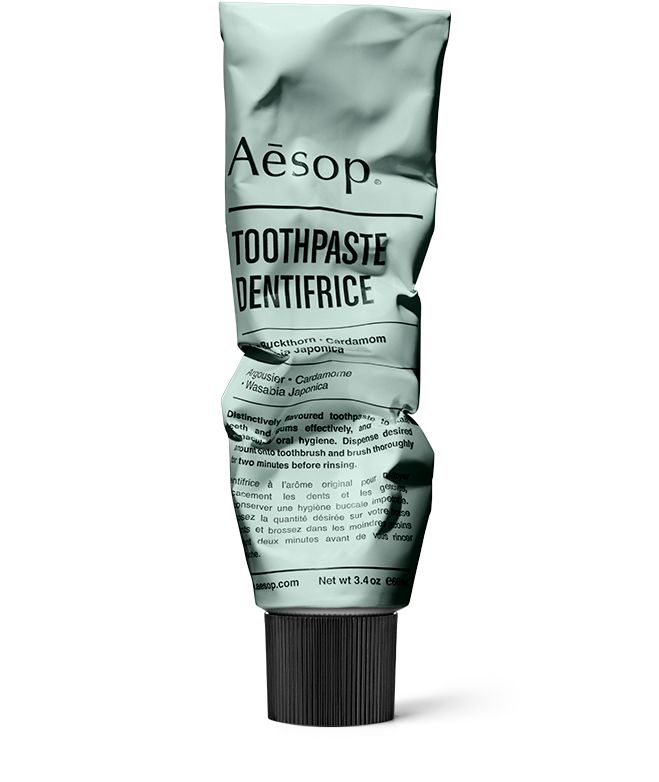 Aesop's simply branded 'Toothpaste' boasts key ingredients like sea buckthorn, cardamom and wasabi, plus a fluoride-free formula. Even though wasabi is included as a main ingredient in the toothpaste, it boasts a flavor that is toned down by additions like spearmint, anise and clove essential oil. As such, the formula is described as one that's cleansing and invigorating, yet soothing at the same time.