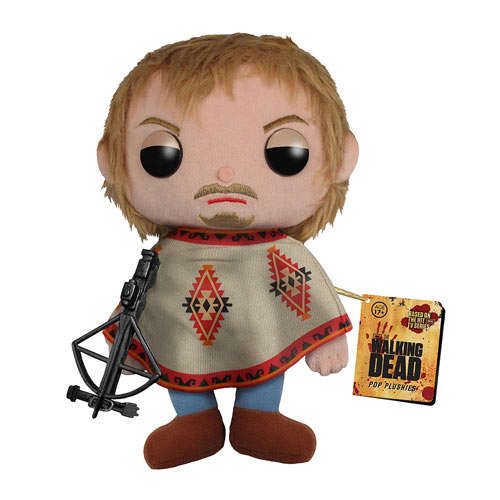 Kyle Towers — April 28, 2013 — Life-Stages
References: entertainmentearth & nerdapproved
This up and coming collection of Walking Dead toys show the lighter side of dead people coming back to life as mindless organisms driven by the hunger to feed on the living. At very least, these ironic toys prep and desensitize humanity in the event of an actual zombie apocalypse. But unfortunately, cuddling your way out of the situation won't work.

Among the new Walking Dead toys to arrive from Funko Pop! include all the popular characters such as Rick Grimes, Daryl Dixon and a group of gruesome zombies. The toys, which are not exactly suitable for children, are now available to be pre-ordered for when they are released in July. Who thought such a dark and disturbing concept could be so very cute!