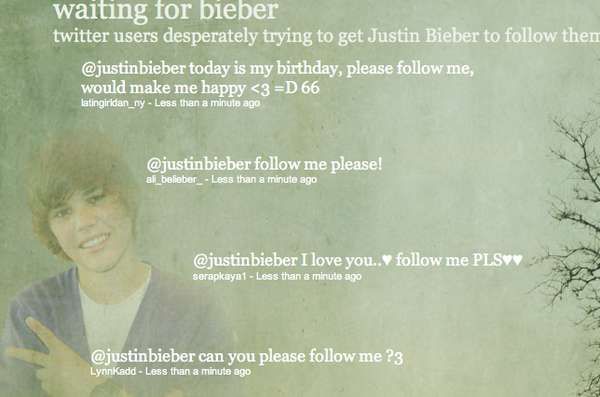 'Waiting For Bieber' Documents How Intensely Fans Yearn the Star

The layout of the 'Waiting For Bieber' page is simple, but makes hilarious use of an image of a tree -- a reference to the famous Beckett play 'Waiting for Godot,' the inspiration for the site's name.

Check out the 'Waiting For Bieber' site for a break in the day that will definitely put a smile on your face, or to see if your own tween tweeting attempts are featured.
1
Score
Popularity
Activity
Freshness
View Innovation Webinars