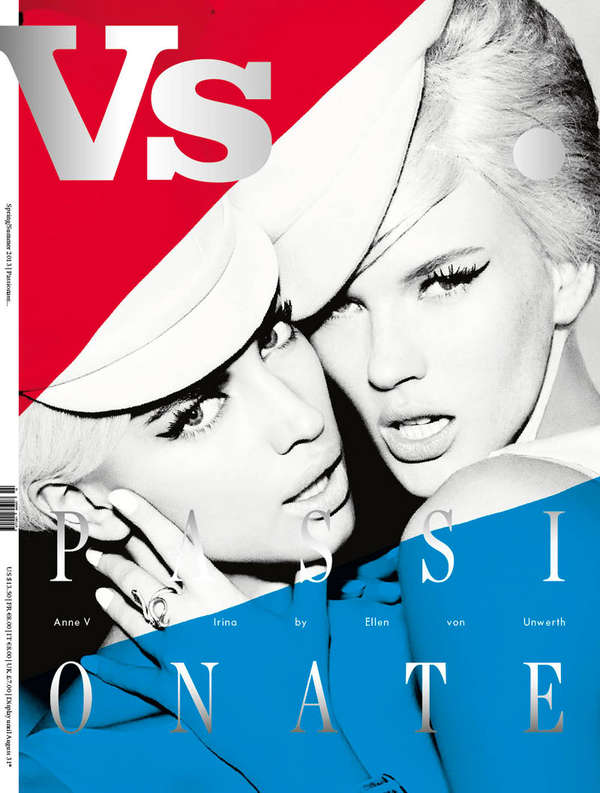 The Vs. Magazine Spring-Summer 2013 Issue Stars a Host of Celebs

Meghan Young — January 30, 2013 — Fashion
References: vsmagazinelive & fashiongonerogue
Share on Facebook Share on Twitter Share on LinkedIn Share on Pinterest
The Vs. Magazine Spring-Summer 2013 issue is very patriotic. Its four covers have a red, white and blue colorway that anticipates Fourth of July celebrations. Of course, the American bi-annual glossy only gets one chance to pay tribute to such a momentous occasion and so has decided to do it with a bang as well as a host of celebrities.

Starring actresses Kate Bosworth, who was shot by Guy Aroch and January Jones, shot by Mark Abrahams, models Anne Vyalitsyna and Irina Shayk, by Ellen von Unwerth, and, last but not least, Eva Herzigova, who was shot by Yu Tsai, the Vs. Magazine Spring-Summer 2013 covers are incredibly sultry. No one will need the season to change to heat themselves up thanks to this issue.
2.3
Score
Popularity
Activity
Freshness
View Innovation Webinars