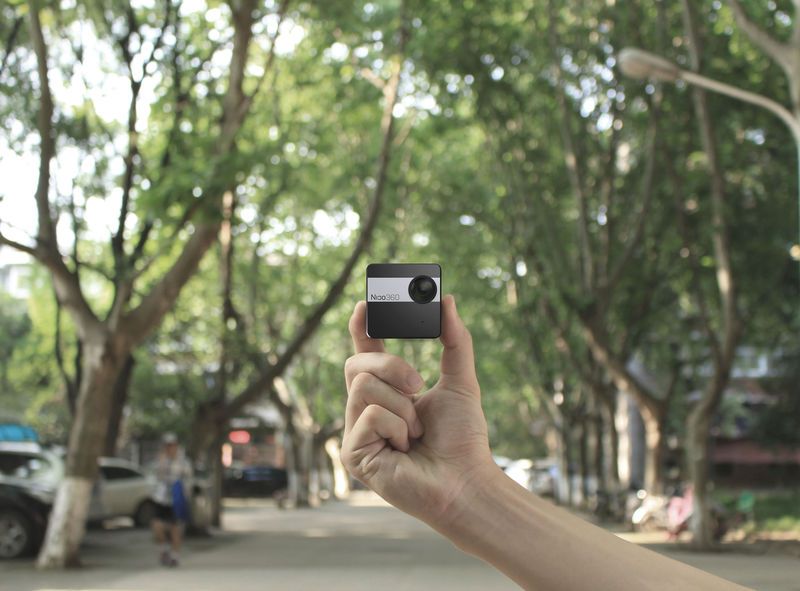 Joey Haar — July 20, 2016 — Tech
References: nico360 & indiegogo
Share on Facebook Share on Twitter Share on LinkedIn Share on Pinterest
While VR fans can rejoice at the fact that YouTube and other media giants are now offering 360-degree video capabilities, VR cameras are unattainable accessories for amateurs, with most 360 videos being produced and shared by professionals in corporate videos. The Nico360 is looking to change that by offering a tiny consumer camera that will let consumers shoot high-quality 360 videos anywhere.

The Nico360 VR cameras look quite similar to GoPros in terms of size and shape, but they are equipped with a second camera to allow for 360-degree video shooting. Even though this consumer camera will be brand new to the market, the Nico360 is far from a beta offering. It comes with 1440P WGHD video, timelapse, electronic image stabilization and an app that allows for live previews of footage.