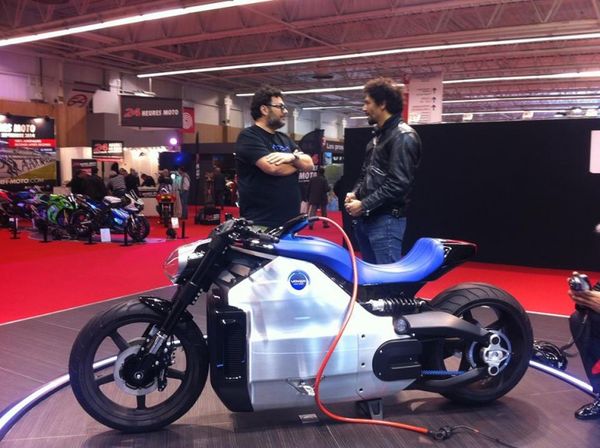 The Voxan Wattman is the World’s Most Powerful Electric Motorcycle

The Wattman’s engine produces 200 horsepower and can do 0-100 mph in 5.9 seconds with a top speed of 106 mph. The unique look of the Voxan Wattman was inspired by the exoskeleton of a scorpion. The worry about any electric vehicle is its battery and range. On the battery front, Voxan says that its motorcycle should be able to average about 112 mph per charge. Speaking of charging, the bike’s battery can be recharged to up to 80 percent power in 30 minutes.

The Voxan Wattman isn’t necessarily the fastest or lightest electric motorcycle. It weighs in at 770 pounds, but it’s still intriguing nonetheless thanks to its atypical look, decent range and powerful engine. No price has been given, but each bike will be built by hand, so don’t expect the Voxan Wattman to come cheap.
4.3
Score
Popularity
Activity
Freshness
View Innovation Webinars

Maverick Electric Motorcycles
The BRD 'Redshift' is Eco-Inclined and Fast