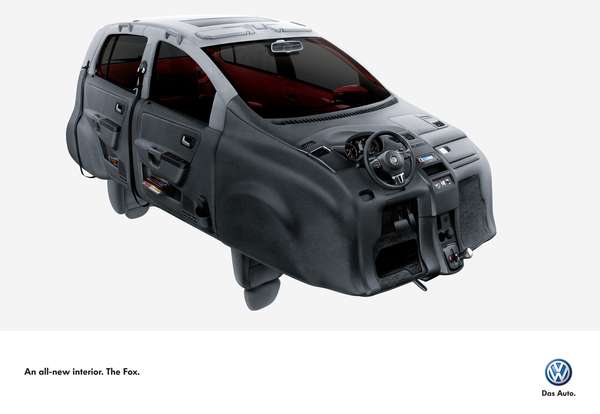 AlmapBBDO Campaign Showcases the Interior of a Volkswagen Fox

Not only can we see the shape and curves of the vehicle's exterior, but we are also able to see the entire interior, thanks to the inside-out Volkswagen car campaign. The ad's tagline, "An all-new interior. The Fox," says it all.