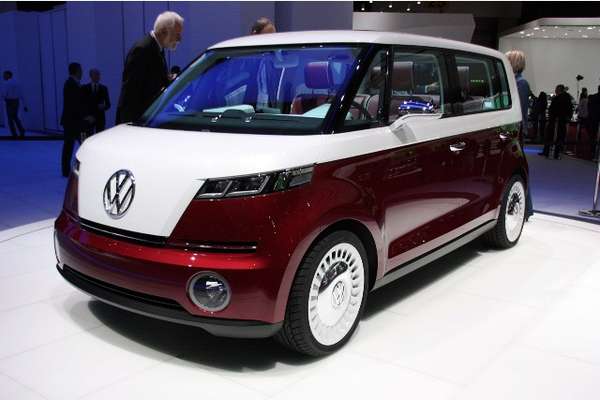 The Volkswagen Bulli is Headed for Production

Michael Hines — March 13, 2011 — Autos
References: autocar & autoblog
Share on Facebook Share on Twitter Share on LinkedIn Share on Pinterest
The Volkswagen Bulli, the darling of the 2011 Geneva Motor Show, has officially been green-lit for production. The ultra-modern van with retro charm was a hit at the show, capturing the hearts of attendees with its electric engine and old-school charm.

The Volkswagen Bulli seen at the Geneva Motor Show was powered by a 113-horsepower electric motor and a lithium-ion battery pack, with a stated charge time of under an hour. The Volkswagen Bulli's exterior is designed to mimic the classic VW bands of the 60s, while the interior is incredibly modern, with bright coloring and an attached tablet stand in the center console.

There is no word yet on the pricing of the Volkswagen Bulli or whether it will even be electric. Still, you've got to be excited about VW reviving an automotive icon. The van is back.
3.8
Score
Popularity
Activity
Freshness
Attend Future Festival