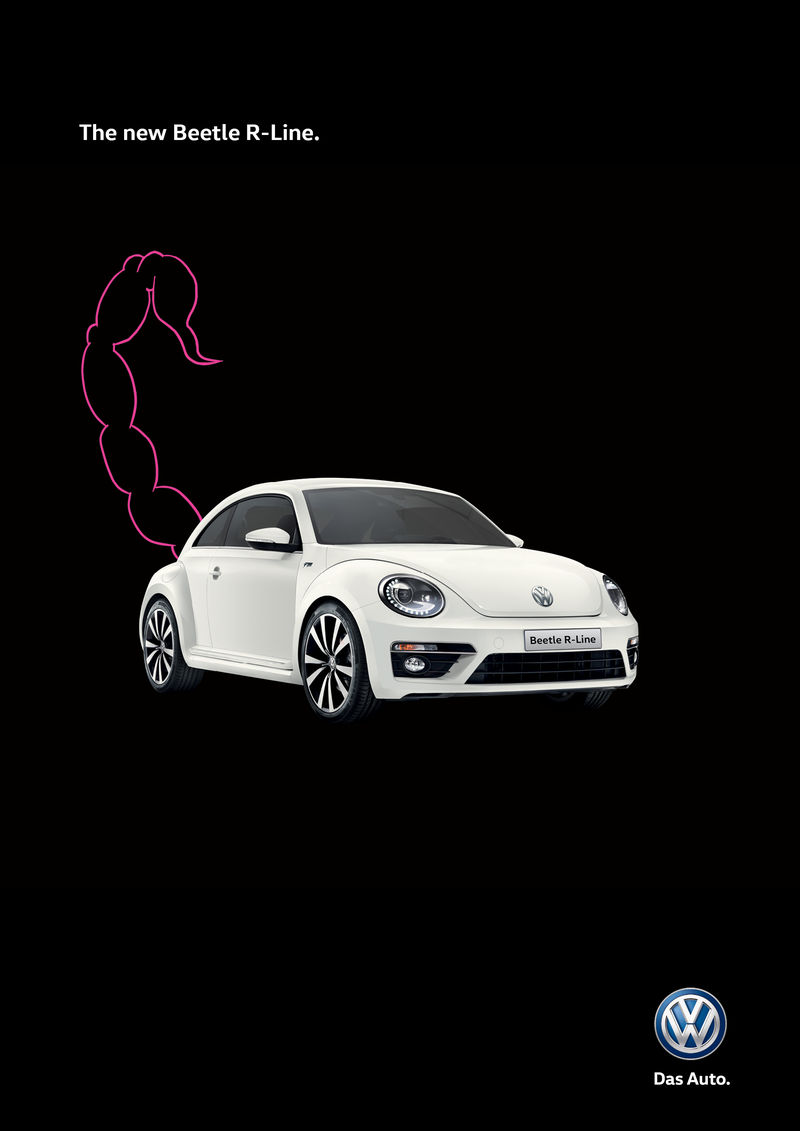 Cadhla Gray — October 22, 2015 — Marketing
References: contents.vw & adeevee
Share on Facebook Share on Twitter Share on LinkedIn Share on Pinterest
The new Volkswagen Beetle R-line is a series of cars that are aiming to have a more edgy and tough persona than the cute "buggies" did. The new Beetles are stretched out, lower and broader, adding to the more masculine look they are trying to go for. These car ads emphasize this style by giving the cars animalistic qualities, turning them into a scorpion, shark and snake.

By simply drawing a thin and relatively faint outline of a single notable physical feature of each animal, each ad conveys its message without being overbearing. The white colored car balances out the jet black background and seemingly dangerous animals. The only other things on the print are the sentence, "The New Beetle R-line" above the car and the "Das Auto" logo at the bottom. Though simple, these ads are effective in conveying the Volkswagen Beetle R-line's new look to a new market.
5.7
Score
Popularity
Activity
Freshness
Jeremy Gutsche Keynote Speaker