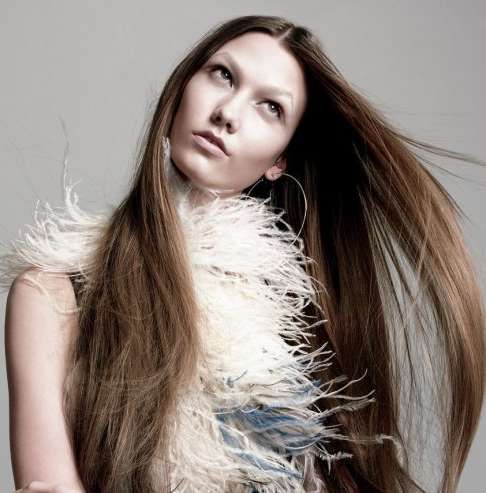 The Vogue Us April 2012 Kloss Photoshoot is Retro and Expressive

Jordy E — June 27, 2012 — Pop Culture
References: vogue & xaxor
Share on Facebook Share on Twitter Share on LinkedIn Share on Pinterest
Karlie Kloss has become one of the most influential models in the fashion industry, and her appearance in this retro Vogue US April 2012 photoshoot further confirms her talent. The Chicago born icon was signed to Elite Model Management soon after her discovery at a charity event, and has since then dominated the runways of Diane von Furstenberg, Marc Jabobs and Carolina Herrera.

Photographer David Sims executed this Vogue US editorial. Sims has been recognized for his work with Prada, Calvin Klein and Valentino to name just a few, holding down his spot amid his haute couture contemporaries. His capture of Kloss' waist-length tresses is reminiscent of looks most often seen during the 1970s, and the incorporation of neutral tones further coincides with the generational appeal. The jumping movements that are displayed here add dashes of exuberance to this mod production.
4.1
Score
Popularity
Activity
Freshness
Get Better and Faster