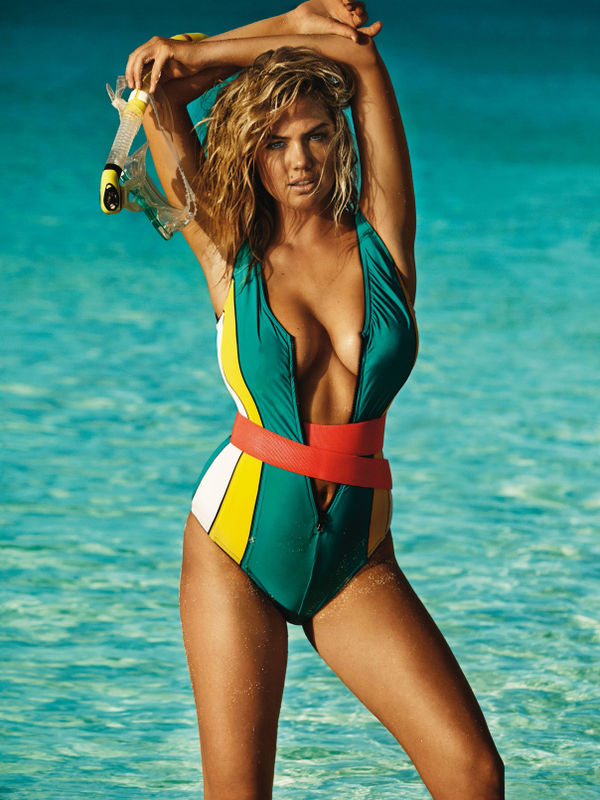 Though she's branched out, Upton is still known as the darling of the swimsuit modeling world, and it's easy to see why. The blonde bombshell rocks both glamorous, retro pieces (such as a high-waisted floral number) as well as more comfortable athletic wear (such as a color blocked one-piece).

Upton looks like a modern-day version of the original beach babe, the legendary Pamela Anderson. Indeed, the 'Venus Rising' editorial for Vogue UK's June 2014 issue looks like something straight out of Baywatch.
6.7
Score
Popularity
Activity
Freshness