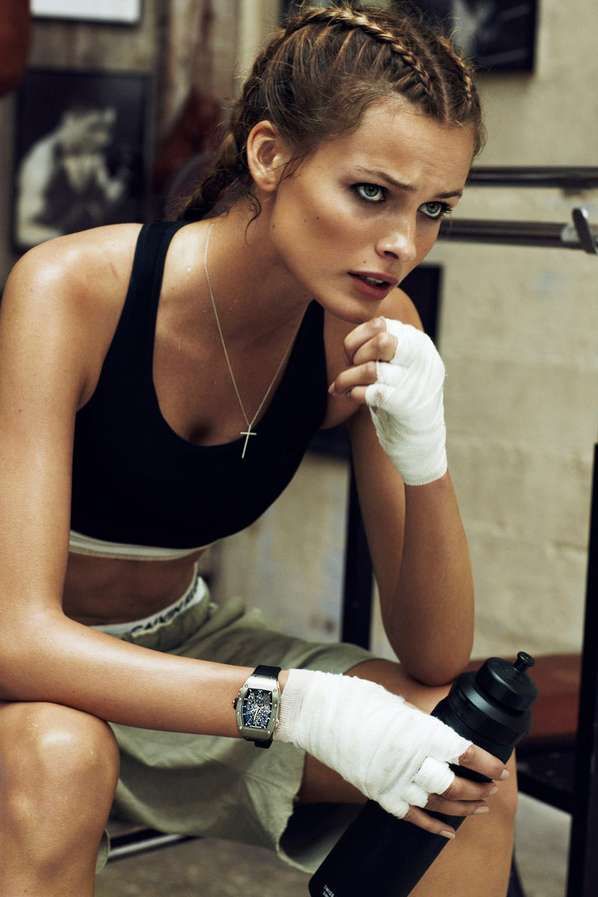 Jordy E — March 22, 2012 — Pop Culture
References: vogue.fr & zac-fashion
Share on Facebook Share on Twitter Share on LinkedIn Share on Pinterest
The Vogue Paris April 2012 editorial by New York photographer Lachlan Bailey is an enchanting display of high fashion’s take on athleticism. Set in an empty boxing ring, the shots have captured the world-renowned model Edita Vilkevicuite amid boxing gloves and light weights. While this may indeed be a familiar space for Vilkevicuite, a powerful shoot like this one is a break from the majority of dainty magazine spreads.

The promotion of female athleticism by the April 2012 Vogue Paris edition suggests an embrace of irregular displays of femininity. Drenched in sweat and exuding something fierce, the Vilkevicuite portraits are cutthroat and fiery, and Vogue Paris seems to be loving it.