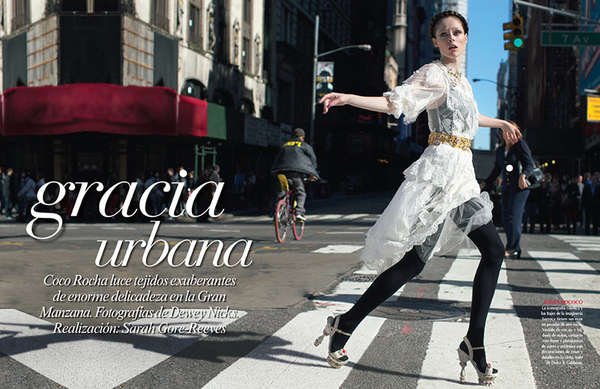 Meghan Young — November 30, 2012 — Fashion
References: vogue.mx & fashiongonerogue
Share on Facebook Share on Twitter Share on LinkedIn Share on Pinterest
Model Coco Rocha is captured prancing around the streets of New York City in the Vogue Mexico 'Gracia Urbana' editorial. In particular, the photoshoot takes place at Times Square, where she is able to revel in the sights and sounds of a tourist hub. In fact, she looks like a tourist herself in her baroque-inspired outfits and energetic poses.