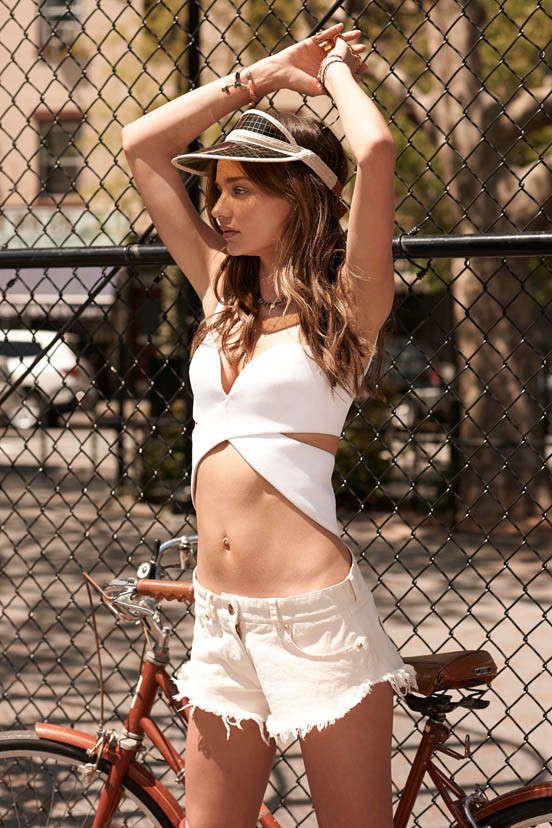 Meghan Young — June 21, 2013 — Fashion
References: vogue.co.kr & fashiongonerogue
Share on Facebook Share on Twitter Share on LinkedIn Share on Pinterest
Top model Miranda Kerr shows off her sporty side in the Vogue Korea July 2013 cover shoot. A sneak peak of the photoshoot was released just over a month ago and now the entire editorial can be enjoyed. In addition to play some street ball, the Aussie beauty tries her hand at skateboarding, biking and rollerskating, sports that are perfect for the hot summer season.