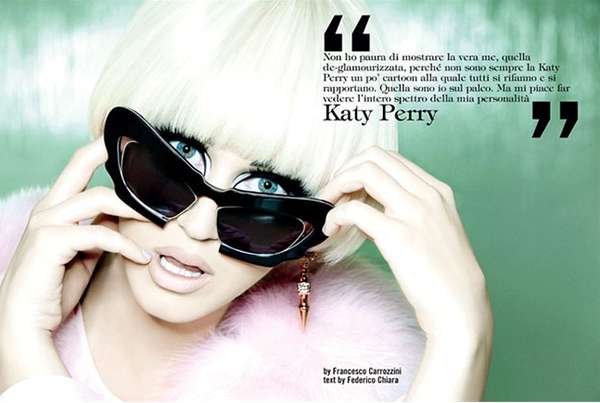 Katherinev123 — June 30, 2012 — Fashion
References: vogue.it & styleite
Share on Facebook Share on Twitter Share on LinkedIn Share on Pinterest
Just in time for the release of her concert film 'Katy Perry: Part of Me 3D,' the bold pop icon has been snapped in this eye-catching Vogue Italia July 2012 spread, which shows her fans just how much of a chameleon the sassy singer can be.