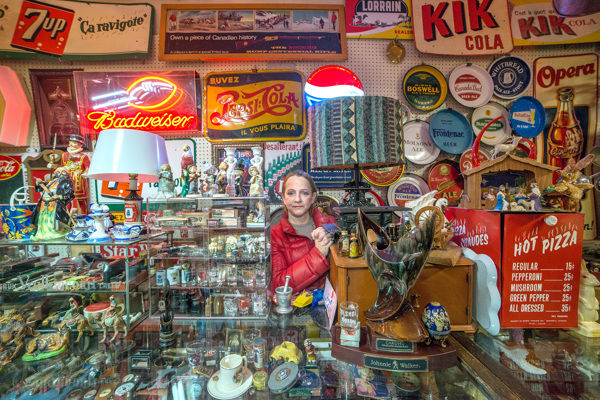 Antaki laments that most people don’t take the time to appreciate the sights, sounds and people of the cities they’re in. In contrast, he enjoys meandering through each city he visits, surrendering himself entirely to his senses. This practice encourages a sense of spontaneity, causing him to enter spaces based on his level of visual attraction alone. These spaces are vivid, enchanting realms that each have a story to tell. Within them, he’s had the opportunity to meet all sorts of people, from touching and quirky to downright frightening.

Antaki wanted to consider the relationship between the Guardian and the space they govern. Ultimately, ‘The Guardians’ captures a brief moment of exchange within a public, urban realm.