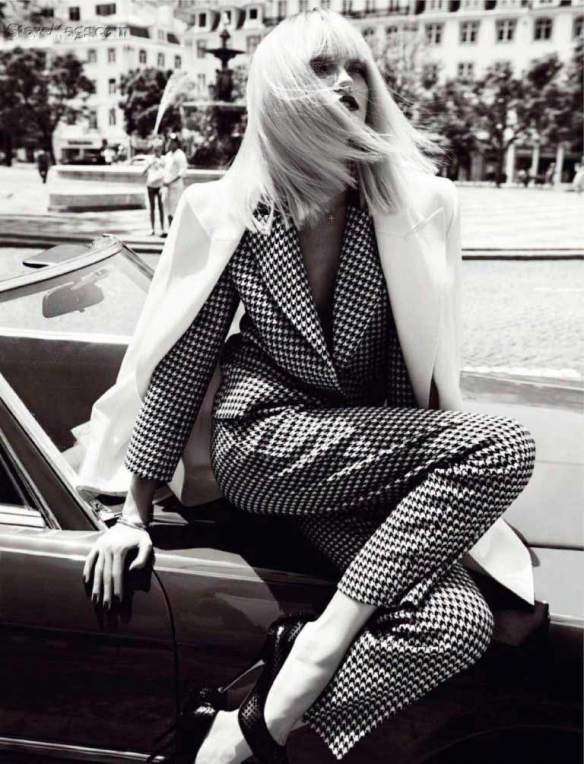 Corinne Guirgis — September 8, 2011 — Fashion
References: ateliermanagement & piecesnmelodies
Share on Facebook Share on Twitter Share on LinkedIn Share on Pinterest
Readers can only dream of the high-class European adventure story the Vlada Roslyakova September 2011 Marie Claire Spain editorial tells. The monochromatic shoot lets the young model let loose in the streets of an unnamed European city whose glamor is reminiscent of either Paris, London or Barcelona. With the possibilities of romance, new experience and a lifetime of excitement ahead, the high fashion story is cinematic, leaving much to the viewer's imagination.

Photographed by the legendary David Roemer, whose chemistry with Roslyakova ignites the page, the shoot has me dreaming of getting on a plane and living in their shoes for just one day. Rocking the styles of YSL, Miu Miu, Gucci and Dior, Roslyakova epitomizes high fashion chic in the appropriately entitled editorial, 'Blanco & Negro.'
5
Score
Popularity
Activity
Freshness
View Innovation Webinars