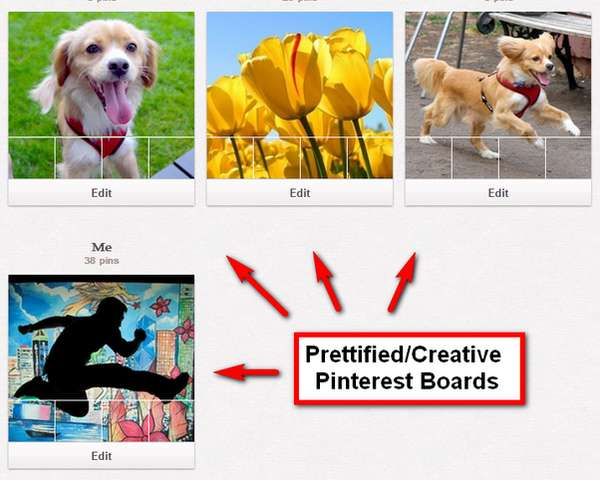 Recreating board covers to allow for one main photo with segmented sections, this tool gives users a way to stand out among thousands of other pinners. Though not widely available and only recently developed, the tool offers Pinterest users a way to streamline their boards, to an extent.

Though the idea of the board covers is to give browsers a way to gauge the interests of another user, this is a way for individuals to stand out on the site, which tends to recycle many images. The effect of the tool is visually impressive, despite having only one photo. Subsequently, demand for the tool has been substantial so far.

Image-Sharing Craving Charts
The 'Why is Pinterest So Addictive? Infographic' Tells the Truth
play_circle_filled