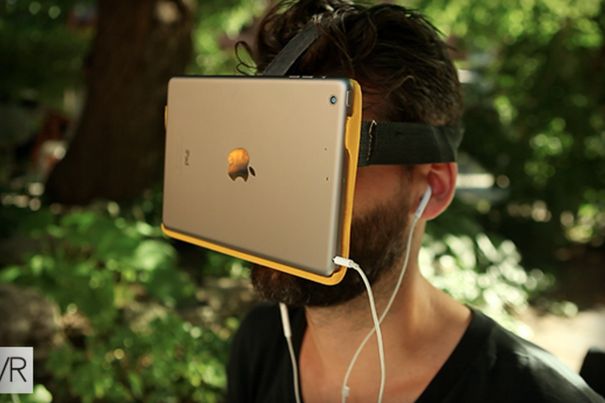 AirVR is a Headset That Leverages iOS Retina Hardware

Meghan Young — September 17, 2014 — Tech
References: kickstarter & theverge
At first glance, the virtual reality iPad headset looks like a clever spoof. But that is only because it requires securing an actual Apple tablet to one's face, which would be a ridiculous sighting on any given day. Yet it is a legitimate product that turns said device into an immersive experience anyone would want to try out.

Dubbed AirVR, the virtual reality iPad headset was created by Toronto design firm Metatecture. Currently seeking $20,000 via Kickstarter, it is an inexpensive way to enjoy such technology. It simply leverages the iOS retina hardware that is already built-in to the iPad Mini and soon-to-be released iPhone 6 Plus. As its campaign states, "AirVR brings the magic of Virtual Reality with you everywhere you go. Ditch the tangle of cables and experience VR anywhere in the world."
6
Score
Popularity
Activity
Freshness