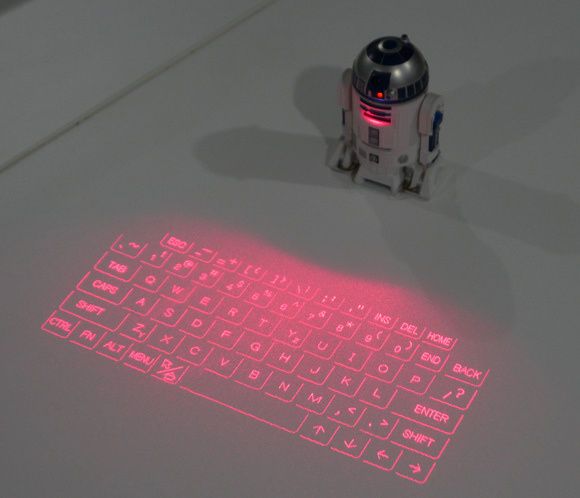 The R2-D2 Virtual Keyboard Was a Special May 4th Release

Virtual keyboards have been around for a while now, but projectors are never as cute or as helpful as this desktop-sized version of one of Star Wars' most loveable characters. As well as saving you valuable space on your desk, the tiny R2 acts as a companion and produces signature sound effect noises.

The R2-D2 keyboard will set you back a whopping $329, which is a little more than the average virtual keyboard, but it is a pretty cool gadget for Star Wars fans to have. Unfortunately, most of the diehard fans have already gotten their hands on them and since its release yesterday, the R2-D2 keyboard has already completely sold out.