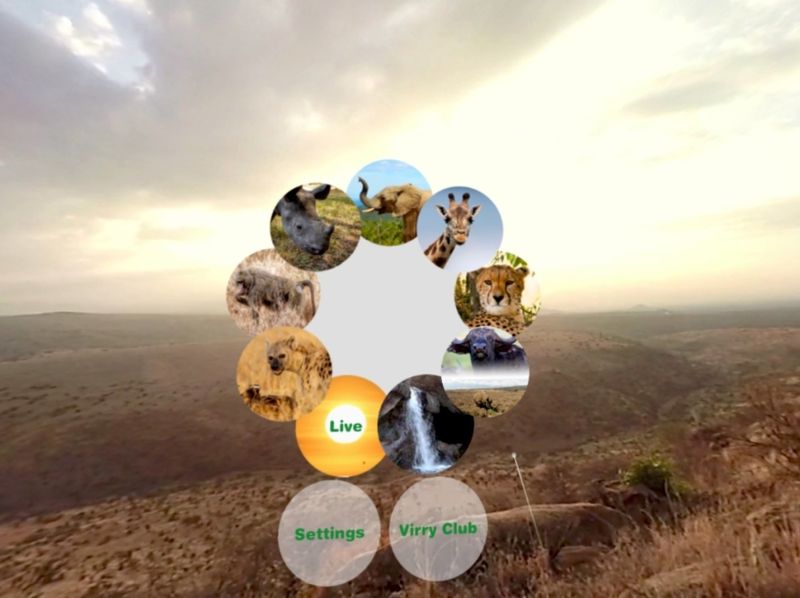 Justin Lam — May 8, 2018 — Tech
References: virryvr & engadget
The VR gaming space has allowed developers and gamers to explore many different worlds and scenario's, but 'Virry VR: Wild Encounters' focuses on the planet we inhabit and some of Earth's most vulnerable creatures. Filmed at the Lewa Wildlife Conservancy in Kenya, this VR experience was created with a range of 360-degree cameras to ensure a full level of immersion. The quality of the cameras, along with the immersion, is meant to build an intimate relationship between the viewer and the animals in a way that has not been observed before.

Elements of gameplay were added to Virry VR: Wild Encounters as a way to further the interaction between player and animals. Actions like shaking the controller will drop food for animals to eat, while other creatures may be drawn to the sound. An overarching narration keeps players informed on the plants, animals and climate they are viewing, and even quizzes players on information they learn from the game.
1.9
Score
Popularity
Activity
Freshness