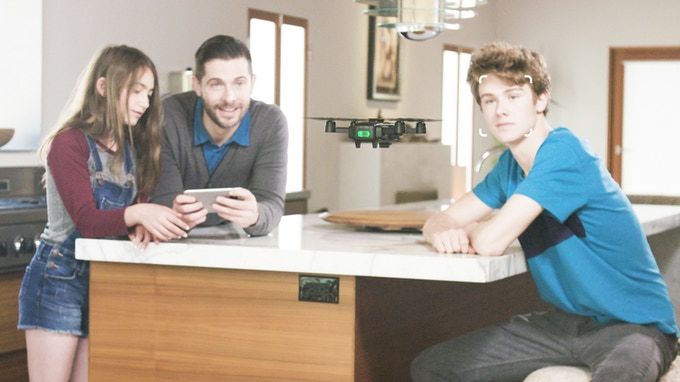 The Mark Drone is the First VIO Positioning Drone

Justin Lam — June 1, 2018 — Tech
References: markdrone.net & kickstarter
The drone market is full of options for budding enthusiasts but the Mark drone may capture more attention as it's the first VIO positioning drone. Visual Inertial Odometry, or VIO, is a new technology in drone control that aims to replace traditional vision sensors and GPS with a 45-degree camera and deep learning technology. The use of this technology in the Mark drone allows it to achieve true autonomous flying, as the drone can identify itself based on its position relative to other surroundings.

In addition to being the first VIO positioning drone, the Mark also carries a host of other technological features. A built-in memory cruise can be operated by hand or via a mobile phone app, allowing users to map an exact return path for the drone. The drone is also capable of pre-programmed dramatic shots, all of which can be controlled via the Mark drone app.
2.5
Score
Popularity
Activity
Freshness