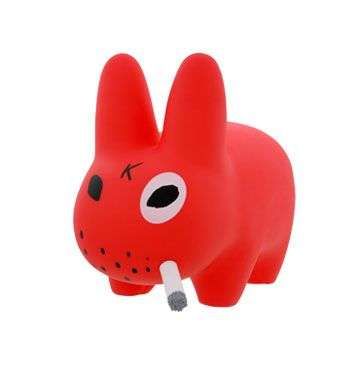 Leaving the design classics of Dunny/Labbit aside, Kozik ups the ante (exclusively for KidRobot) with this 14-inch Beethoven bust inspired by Alex’s love for the legend in A Clockwork Orange. It’s $200, but I really want one—thank God I am in the UK where they don’t deliver.

I also really love the Mongerforce Sarge, a smoking toy, and the pink grenade is also to die for, no pun intended.

As already mentioned, the Labbit/Dunny are classic characters, so much so that they have their own range of bags, t-shirts and plushies in their likeness.

Oh, I want it all right now!