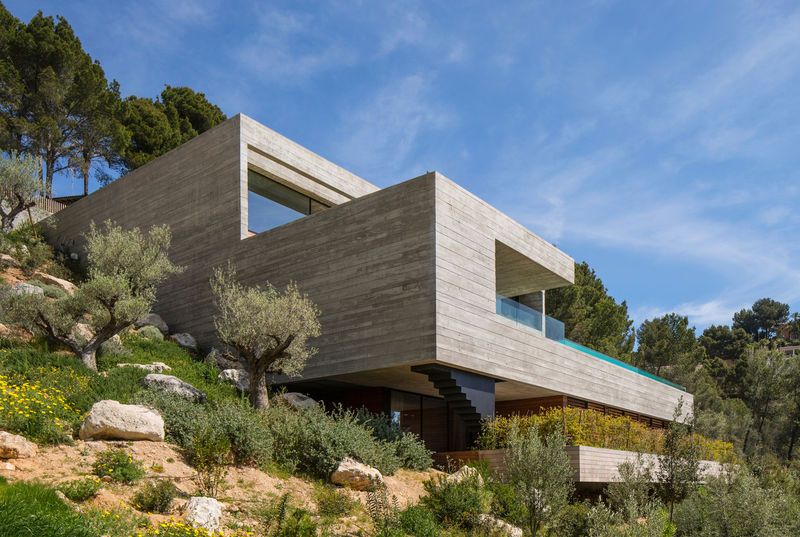 Joey Haar — March 7, 2018 — Art & Design
References: archdaily
Share on Facebook Share on Twitter Share on LinkedIn Share on Pinterest
Villa Boscana looks impressively modern and luxurious, but, in a way, it pays homage to a form of architecture that's nearly a century old. The vacation home in Spain is built directly into the side of a rocky outcropping, drawing clear parallels with Frank Lloyd Wright's 1935 work 'Falling Water', one of the most famous works of modernist architecture.

While there's no natural water source near Villa Boscana, the home uses a pool to add a flowing feel (that offsets the solid imposition of the concrete volumes). The pool is contained with a glass wall on the far end, making it feel as though it's floating rather than being contained. Since the home itself is also cantilevered out from the rocks, the entire property is design to project that floating effect.