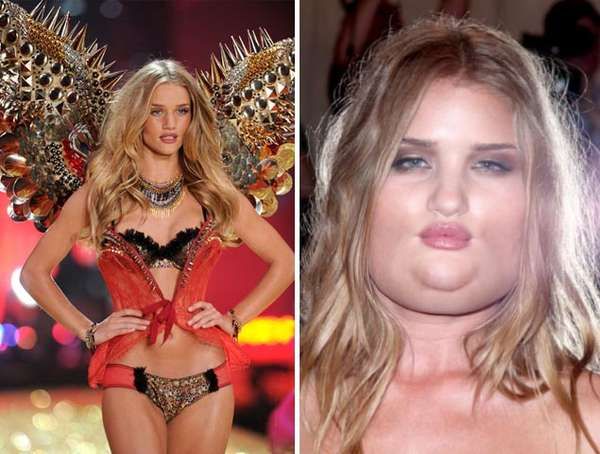 As you may know, the iPhone has an app called FatBooth that allows you to upload a photo of yourself or someone else and, well, make it fat. The hilarious people at MTV Fora decided to do this with Victoria's Secret Angels, who are some of the most lusted-after women in the world, and share the results online.

Some of the models are still insanely pretty (Lily Aldrigde, are you even human?), some have such defined cheekbones that FatBooth cannot compete with (Chanel Iman, I'm looking at you) and the rest are just plain hysterical.