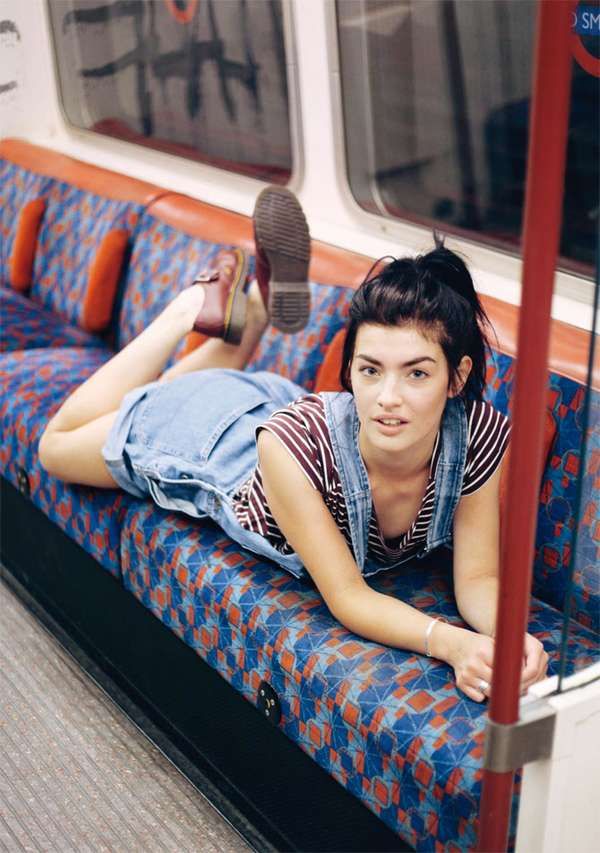 The Vice Magazine 'Tubular Belles' Shoot is One Wild Ride

Marie C. Hudson — August 22, 2011 — Pop Culture
References: viceland & viceland
Share on Facebook Share on Twitter Share on LinkedIn Share on Pinterest
Public transit gets a serious seductress makeover in the Vice Magazine 'Tubular Belles' photoshoot by Maisie Cousins. Styled by Sam D. Voulters, these subway passengers sport hipster 90s-inspired looks as they pose flirtatiously on the subway. One of the train's metal poles used for support is transformed into a prop for a Converse-wearing model, and the empty subway car looks like the perfect setting for a 1990s music video.

I love the use of old-school designer names like Dr. Martens and Fred Perry, which have seen a huge revival in the fashion world this year. This spread is proof that 2011 is the big year of 1990s-inspired designs and music.

The models of the Vice Magazine 'Tubular Belles' shoot show that denim overalls, when worn with the right attitude, can set the tone for an incredibly cool look. If these shots have you inspired to make a rad fashion statement of your own, grab your Docs and hit the streets in some totally cool 90s threads.
6
Score
Popularity
Activity
Freshness
View Innovation Webinars