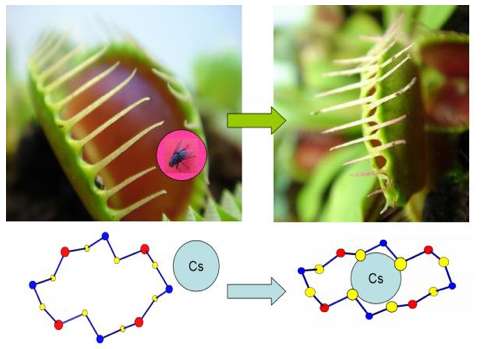 Brian G Randles — January 29, 2010 — Eco
References: sciencedaily & treehugger
Share on Facebook Share on Twitter Share on LinkedIn Share on Pinterest
In case you were wondering, nuclear waste is terrible for the planet. And one of hardest to clean components of nuclear waste is the radioactive ion cesium. Luckily, we have some good news on the nuclear waste and cesium front.

Researchers at Northwestern University have developed a synthetic material, which is composed of “layers of a gallium, sulfur and antimony compound,” that can actually isolate the cesium, and then snap shut (like a Venus Fly Trap). The result is the containment of harmful cesium, without also sequestering other elements such as sodium. Keep fighting the green fight Northwestern!