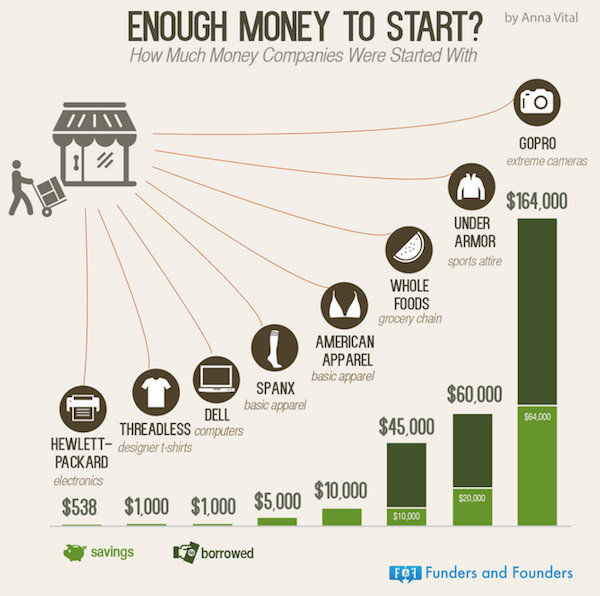 Alyson Wyers — April 13, 2015 — Business
References: fundersandfounders & designtaxi
Share on Facebook Share on Twitter Share on LinkedIn Share on Pinterest
This venture capital infographic explores if you have enough to start a company based on how much money other companies were established with. From startup evangelists Funders and Founders, 'Enough Money to Start' was created by Anna Vital. Considering the total venture capital raised by other startup firms before IPO, the charts will try to tell you if you have enough investment to succeed as a new business.