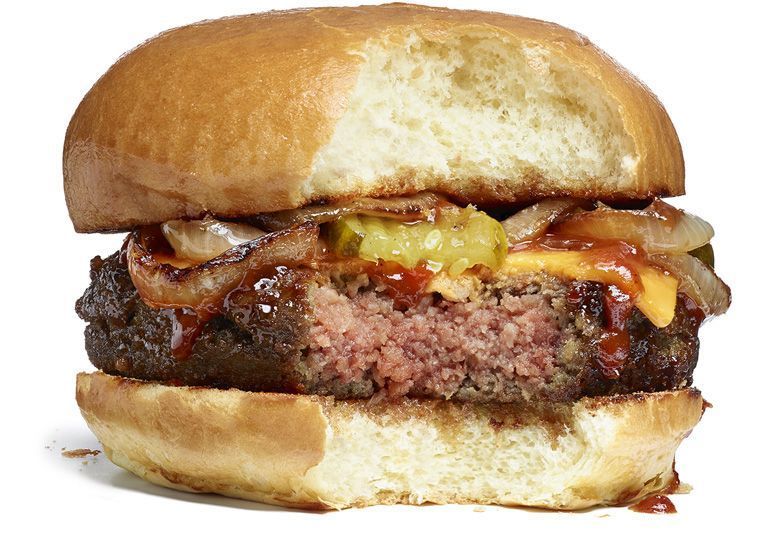 This Hyper-Realistic Veggie Burger Has a Blood-Like Appearance

Alyson Wyers — October 15, 2014 — Lifestyle
References: impossiblefoods & designtaxi
If you want your veggie burger to look as realistic as possible, look no further. The Impossible Cheeseburger is made from plants but has a reddish brown patty so juice it appears to bleed a little. Created by Stanford University professor Patrick Brown, the burger was invented to challenge the notion a veggie burger can never be as good as a genuine, real meat patty.

Based on research performed by Brown's company Impossible Foods, the Impossible Cheeseburger tastes like a cross between beef and turkey. Plant-based amino acids and fats as well as a compound called heme were used to create the bloody appearance and taste.

While the flavor of the Impossible Cheeseburger might appeal to some vegetarians, others are likely to be put off by this feature.
0.8
Score
Popularity
Activity
Freshness