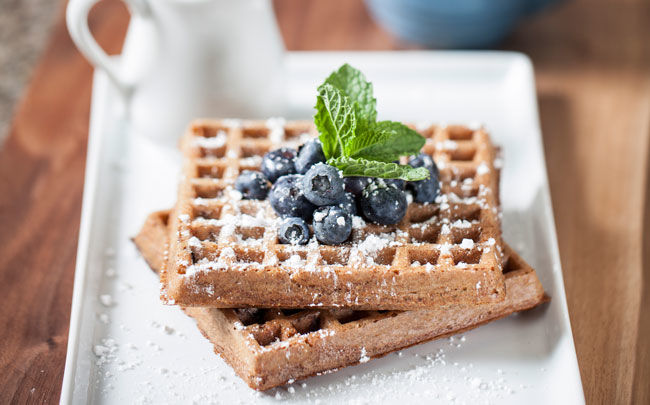 Food for Life's Vegan Waffles are Made with Chia, Barley, Flax and More

The Ezekiel 4:9 waffles come in flavors like Apple Nut, Blueberry, Golden Flax and Original, which are made from a base of wholesome ingredients like sprouted barley, millet, lentils and chia seeds. As a result of using these powerful organic ingredients, the breakfast item is not just filling, but extremely high in fiber as well. In addition to appealing to those who are striving to make better health choices, these frozen waffles are also branded as good for diabetics.

As an alternative to topping the sprouted waffles with traditionally sweet breakfast foods like berries, whipped cream or maple syrup, these waffles also provide a great sandwich base for savory ingredients.
2.5
Score
Popularity
Activity
Freshness
Get Trend Hunter Dashboard