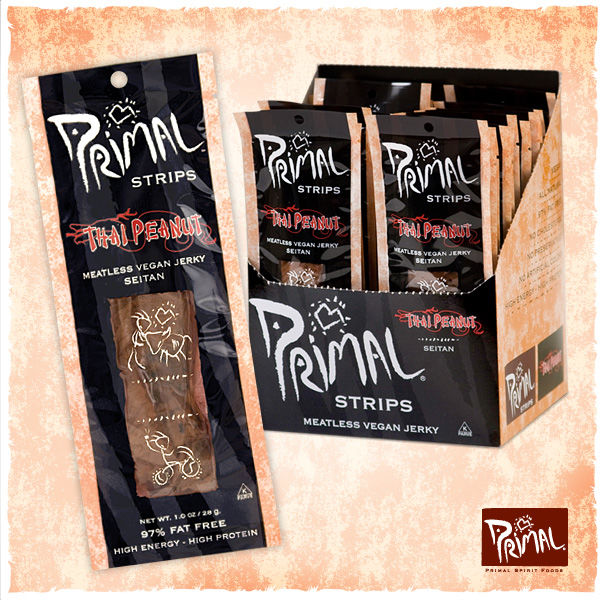 Primal Spirit Foods' Vegan Snacks are Made with Seitan, Soy or Mushrooms

The vegan-friendly snack goes by the name 'Primal Strips' and includes six different meatless jerky flavors. Rather than being prepared with dried and seasoned meat, the cruelty-free snacks are made with inventive bases like mushrooms, soy or seitan. Since all of these ingredients are often used as meat replacements, the taste and texture is already known to be convincing, especially with the right seasoning. Primal Strips come in tempting flavors like Thai Peanut, Mesquite Lime, Hickory Smoked and more.

In addition to being desirable to many consumers simply for being a vegan alternative to jerky, the snacks provide a high amount of protein and energy as well.