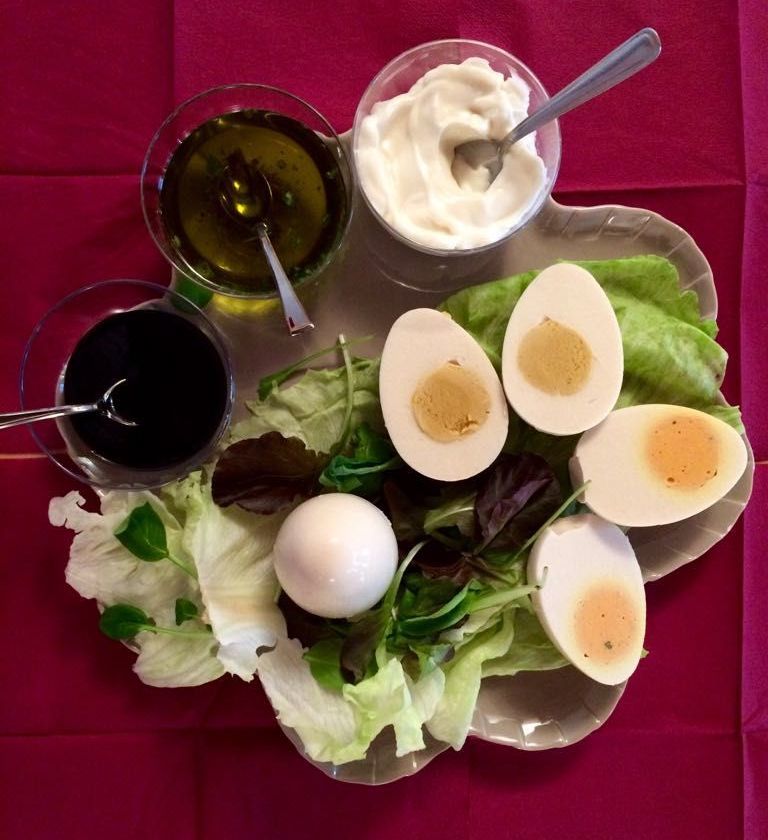 Laura McQuarrie — September 19, 2017 — Lifestyle
References: twitter & vegnews
When it comes to sourcing a vegan egg replacement, plant-based consumers are most often forced to settle with products in either powdered or liquid forms that bear no resemblance to what chickens produce. However, a group of students in the Food Science and Technology program at Italy's University of Udine have successfully created an entirely plant-based hard-boiled egg substitute.

The gluten- and cholesterol-free egg is said to be made from "various legume-derived flours, vegetable oils, a sulfurous vegan salt, and a plant-based gelling agent."

Now that the year-long project to develop the vegan egg has finished, the students are set to work with companies to gauge interest in turning the inventive substitute into a consumer product.
2
Score
Popularity
Activity
Freshness