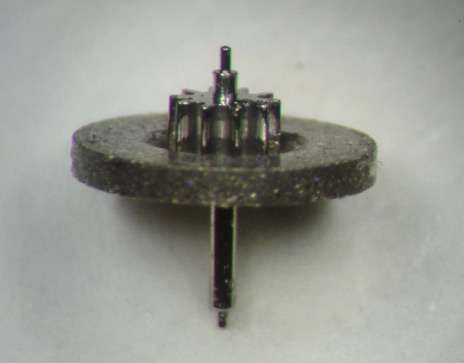 Katie Cordrey — May 22, 2011 — Unique
References: spectrum.ieee.org
Share on Facebook Share on Twitter Share on LinkedIn Share on Pinterest
Swiss researchers have invented tiny vascular turbines that, when placed inside a human artery, can produce energy to power pacemakers and other critical medical devices. The vascular turbine could be a solution to the problem of having to surgically replace i batteries that run implanted medical devices. Pacemakers require about 10 microwatts of power to function, and the in-line artery turbine can produce about 80,000 times that amount. So long as your blood flows, the artery-implanted turbines will keep your pacemaker, bood-pressure sensor, drug-delivery pump or neurostimulator powered.

Mechanical engineer Alois Pfenniger and his colleagues at the University of Bern and the Bern University of Applied Sciences in Switzerland, Pfenniger have tested the vascular turbines and are pleased with the initial results. Though the vascular turbine can generate enough power to recharge pacemakers, it works like an implantable hydroelectric generator and cause turbulence that increases the potential for blood clots. Blood clots could cause unwanted medical complications and remain an important problem that is yet to be overcome.
1
Score
Popularity
Activity
Freshness
View Innovation Webinars

Hitachi Mind Trick
Move the Train With Your Brain