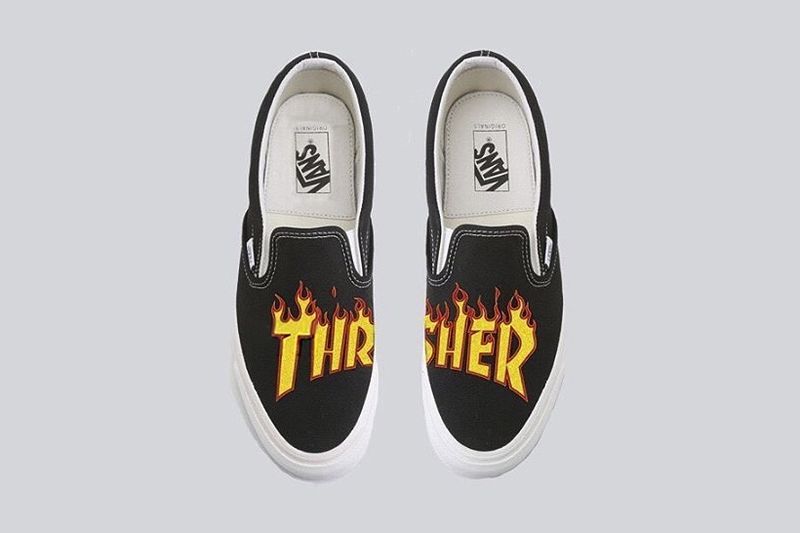 Vans and Thrasher Joined Together to Create the Ultimate Skate Sneakers

The two silhouettes that have been teased are the Slip-On and Sk8-Hi. The former makes use of Vans' classic black and white colorway on the uppers, with the white being used to mark the statement stitching, as well as the soles. On the toes, Thrasher's name, which is written in retro flame lettering, overlays it.

The Sk8-Hi silhouette is similar in its execution of Vans and Thrasher's combined branding, however instead of white stitching, it's completely black on the uppers. Hints of red break up the colorway a little more and match with the outlines of Thrasher's name on the sides as well.
3.6
Score
Popularity
Activity
Freshness
View Innovation Webinars