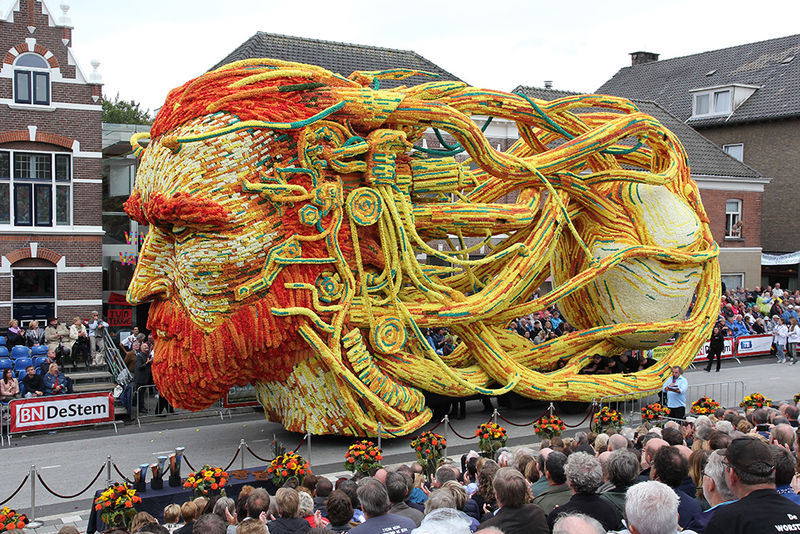 The Corso Zundert takes place in Zundert in the Netherlands. Started in 1936, it's a celebration of the region's history and continuing success as a global supplier of dahlias. This year, the parade's Van Gogh-inspired floats showcased another aspect of Zundert's historical significance: in 1853, Van Gogh was born in a small house on the city's main street. The Van Gogh-inspired floats, composed of thousands of dahlias, drew from the post-impressionist painter's themes and color palate, and even replicated his artwork, in particular one of his universally recognizable self portraits.

This year's Van Gogh-inspired Corso Zundert celebrated the convergence of two of the Netherlands' major points of cultural repute: its flowers and its history as the birthplace of Van Gogh.
5.2
Score
Popularity
Activity
Freshness
Attend Future Festival