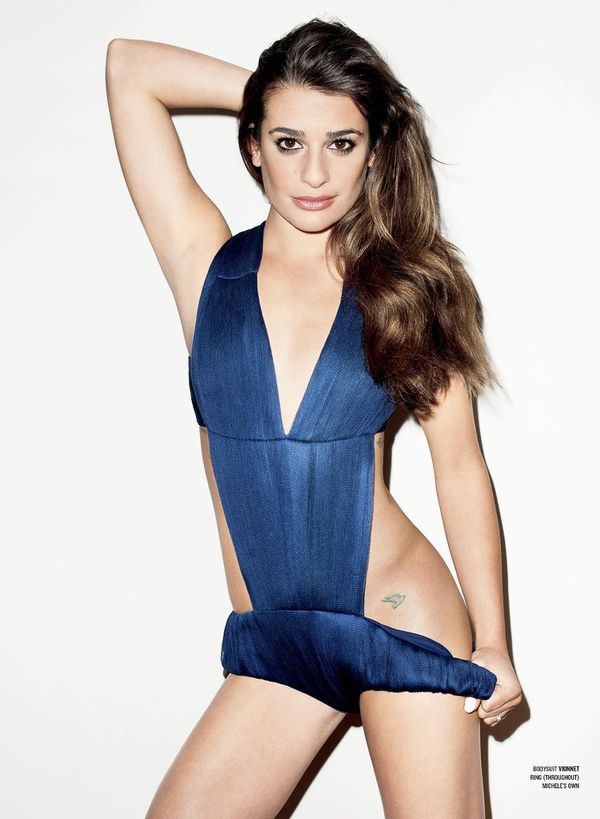 Meghan Young — February 26, 2014 — Fashion
References: vmagazine & popsugar
Share on Facebook Share on Twitter Share on LinkedIn Share on Pinterest
From the looks of the V Magazine 'Lea the Brave' editorial, actress and singer Lea Michele is beginning to put the tragic death of her boyfriend, Cory Monteith, behind her. Strutting her stuff in front of Terry Richardson's camera, she strikes sexy pose after sexy pose, which fans will either love or hate. Considering the title of the photoshoot, however, a positive spin is put on these images.

Appearing in the Spring 2014 issue of the publication, the V Magazine 'Lea the Brave' editorial was shot in studio. Clad in racy cutout bodysuits by Vionnet and DKNY, she says, "My friends call me Grandma, but like, Grandma's killing it right now. I'm pretty sure Grandma nailed it in a half-naked Terry Richardson shoot, OK? So I'm fine with it."
3.8
Score
Popularity
Activity
Freshness
Get Better and Faster