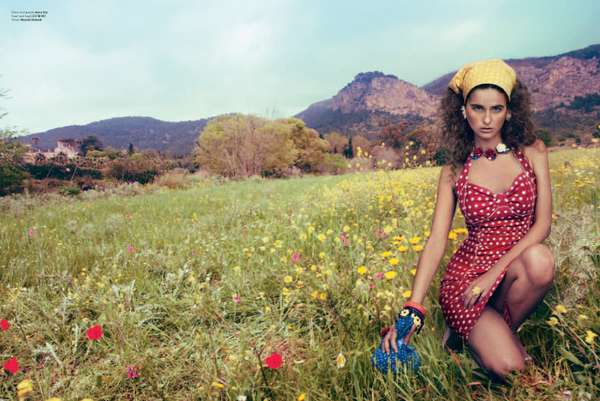 Rebecca Byers — March 5, 2012 — Fashion
References: inezandvinoodh & models
Share on Facebook Share on Twitter Share on LinkedIn Share on Pinterest
Iconic fashion photographer duo of 20 years Inez and Vinoodh have introduced their new muse to the world in 'Pretty Much Everywhere,' a fierce shoot for V Magazine 76 that pictures the young LouLou in locations from some of the pair's most famous images.

LouLou is a lot younger than most models captured by Inez and Vinoodh, because their policy is usually to only cast girls 18 years and older. This leaves them with older supermodels and more familiar faces. Inez and Vinoodh list Penelope Cruz, Isabelle Adjani, Andie MacDowell, Sandrine Bonnaire, Julia Roberts, Helena Christensen and Kate Moss as the stars of the past shoots that served as inspiration.

The March V Magazine 76 issue is sure to be a hit, and is also the sports issue featuring Jennifer Lopez on the cover.
4
Score
Popularity
Activity
Freshness
View Innovation Webinars