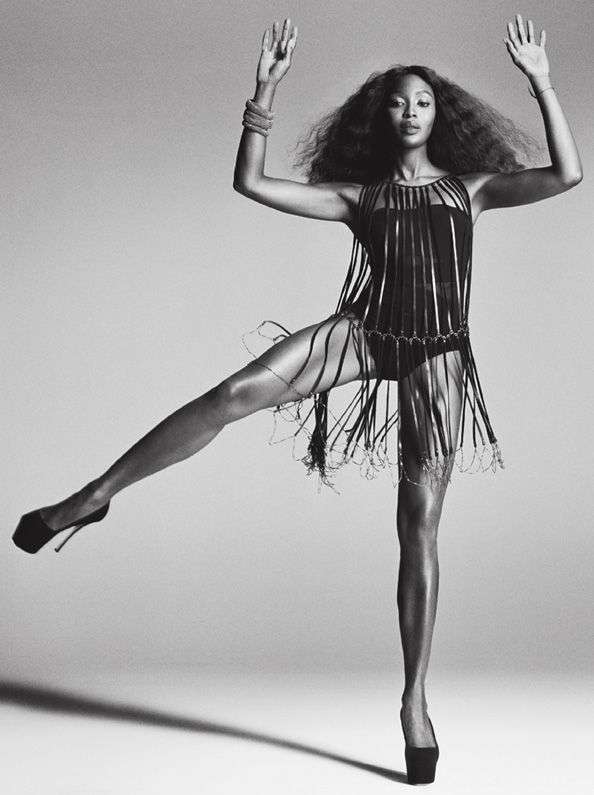 The hot shoot showcases Naomi in a variety of black and white looks, with both hard and soft fringed details. In terms of hair and makeup, the editorial has a natural aesthetic to it as Naomi appears with frizzy, brushed out hair, barely-there glowing makeup and a white manicure. The strong and stylized shoot, officially titled ‘Private Dancer,’ was photographed by Daniele and Iango, with styling by Joanne Blades.