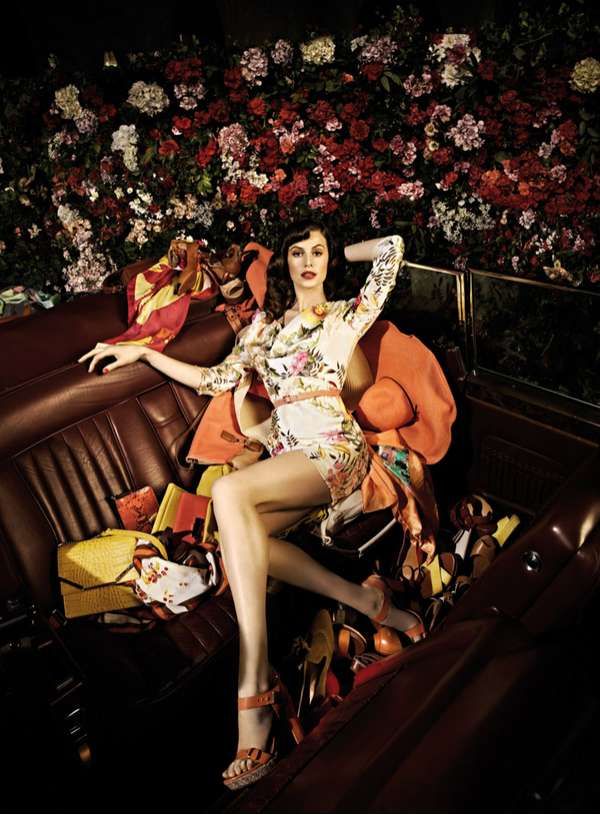 The Uterque Spring 2012 Ad Campaign Has a Traveling Theme

Meghan Young — March 15, 2012 — Fashion
References: uterque & fashiongonerogue
Share on Facebook Share on Twitter Share on LinkedIn Share on Pinterest
With a strong floral and car motif, the Uterque Spring 2012 ad campaign seems to promote a luxurious road trip more than its fashion and accessories. However, the pile of shoes and purses featured in the shoot effectively places the emphasis back on the Uterque pieces.

The Uterque Spring 2012 ad campaign was shot by United Kingdom-based photographer David Dunan. It appears that he has a fixation with romantic auto photo shoots, since he captured a similar one for Vogue Italia. Starring models Elettra Wiedemann, Marique Schimmel and Corinna Ingenleuf, the campaign was produced by Magna Production.