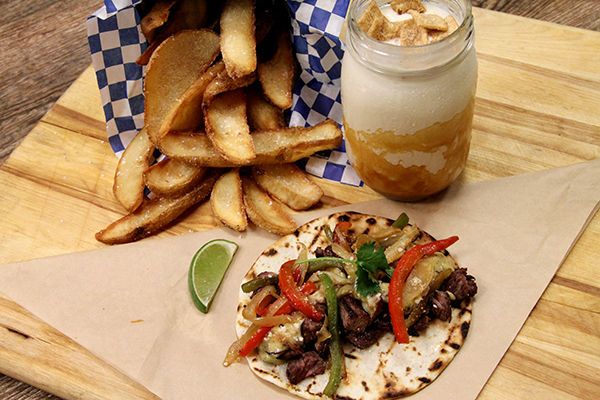 The US Taco Co. is Taco Bell's Version of a High-End Taco Restaurant

Laura McQuarrie — October 7, 2014 — Lifestyle
References: grubstreet & foodbeast
Share on Facebook Share on Twitter Share on LinkedIn Share on Pinterest
After finding that tacos only appeal to a certain demographic, Taco Bell decided to open up a new taco chain with a much classier branding, under the name 'The US Taco Co.' While Taco Bell is serving up the bright orange Doritos Locos Tacos, this upscale establishment in California is set to serve a more high-end tacos, such as the Winner Winner taco, featuring fresh jalapeño peppers, cilantro, roasted Pico de Gallo and South of the Border Southern Gravy. Another unique taco on the menu includes a rendition of a Philly Cheesesteak, that goes by the name of 'Brotherly Love.'

Beyond tacos, some of the tasty things that you'll find on The US Taco Co.'s menu include Carne Asada Fries, Papas Fritas with Habanero Dust and Ghost Chili Ketchup and milkshakes topped with caramel tequila sauce.
0.7
Score
Popularity
Activity
Freshness
View Innovation Webinars