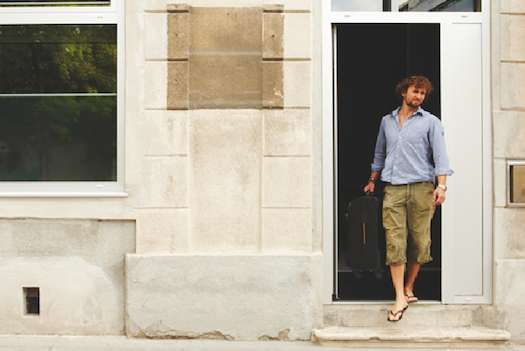 Katherinev123 — June 28, 2012 — World
References: urbanauts.at & psfk
Share on Facebook Share on Twitter Share on LinkedIn Share on Pinterest
In any city, when buildings are abandoned, it makes for a very unpleasant scene, but the Urbanauts Project may change that for Vienna, Austria. The brainchild of a group of local architects, the Urbanauts Project aims to convert the city's abandoned shops into 4-star hotels for travelers. The architects hope that these hotels will encourage tourists to experience the surrounding neighborhood and explore the city since they are immediately surrounded by the city's streets upon leaving the hotel.

Priced at about 120€ for a one-night stay, the Urbanauts Project hotel rooms include luxury amenities, including a television, entertainment system, a minibar and Internet, as well as a bike rental service. Upgrades are also available -- you can add on things like access to the gym, a daily room cleaning, a vespa rental and more. All of the services are provided by the surrounding business establishments.

According to PSFK, the idea has already garnered over 300 guests, and the architects plan to open another 10 rooms in 10 vacant stores in the upcoming months.