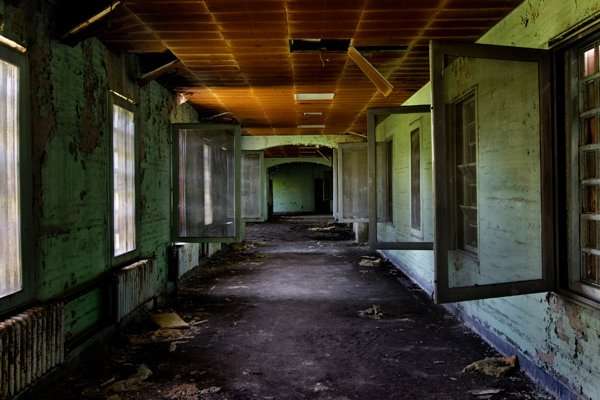 Elsa Blaine — June 2, 2008 — Lifestyle
References: opacity.us & weburbanist
Share on Facebook Share on Twitter Share on LinkedIn Share on Pinterest
Although not a new activity, urban exploring is rapidly gaining popularity fueled by media coverage, including TV shows and many intriguing websites featuring the endeavour. According to Wikipedia, urban exploring â€œis the examination of the normally unseen or off-limits parts of human civilization.â€ Commonly explored locations include abandoned buildings such as derelict hospitals, hotels jails and factories; sewage drains (called 'draining'); and tunnels.

Urban explorer and graphic designer, Tom Kirsch combines his fascination with, â€œthe various abandonments I have explored and the photographs I have taken.â€ Tom adds, â€œThis site was originally going to focus mainly on photography, but many people seem to express an interest in the act of exploring, so descriptions of images and trips made their way into the site.â€

I stumbled upon his website Opacity, and found myself completely absorbed with his remarkable photographs. My mind wandered, imagining what may have happened in these old spaces, ecouraged along the way with Tom's vivid descriptions of his discoveries. The site is rich in history as Tom has added photos of the buildings in their original state, if available, and articles relating to the buildings he has visited.