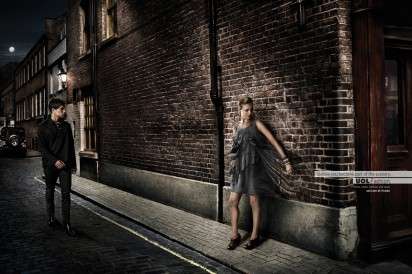 The UOL Fashion Campaign Advocates Standing Out From the Crowd

Meghan Young — June 7, 2012 — Marketing
References: facebook & ibelieveinadv
Share on Facebook Share on Twitter Share on LinkedIn Share on Pinterest
Clothes can be a powerful tool of expression, they have a way of making people either stand out or get lost in a crowd; the UOL Fashion campaign advocates the former in order to promote individuality and, of course, style. It urges women to use this online resource for fashion tips and more "before [they] become part of the scenery," as stated in the tag line.

The UOL Fashion campaign was conceived and executed by BorghiErh / Lowe, an ad agency based in Sao Paulo, Brazil. Art directed by Rafael Segri with creative direction by Fernando Nobre, the ad campaign was photographed by Estúdio Luz. Dark and surreal, it shows two women blending into their brick surroundings instead of being noticed by a cute guy and a party hostess.
3.9
Score
Popularity
Activity
Freshness
View Innovation Webinars