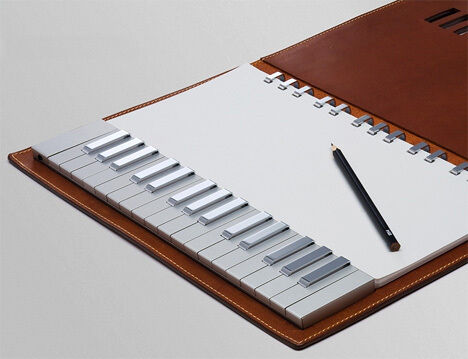 Yamaha is better known for its heavy machinery like motorcycles, dirt bikes and ATVs as well as its musical instruments, particularly high end pianos, but a notebook? At least they're flexing their creative reach.

The sketchpad isn't some cheap kids book designed to look like a piano, it's actually loaded with the opulent characteristics like ebony and ivory.

"Draw, write or play melodies, wherever and whenever you want," Yamaha Studio says. "The model for usability... the common sketchbook."

I really don't know whether or not this is a functional keyboard, but it is a funky idea.

50 Punchy Piano Innovations
From Steinways to Synthesizers, The Instrument is Dynamic