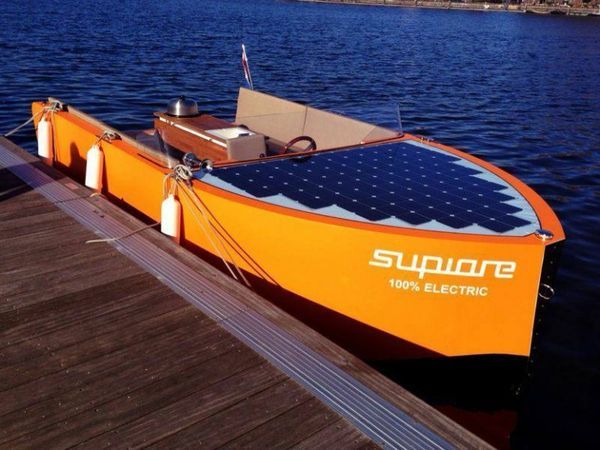 Uno from Supiore Recharges Its Battery While You Sunbathe

Michael Hines — February 4, 2014 — Autos
References: supiore & gizmag
Share on Facebook Share on Twitter Share on LinkedIn Share on Pinterest
The Uno from Supiore has a lot of things going for it. First and foremost, it’s 100 percent electric and sports solar panels on its bow. Uno also has a unique shape that makes it look like some sort of aquatic arch. The boat is designed for luxury, and as such it sports everything from a drink cooler to a banging sound system. However, the real draw of this watercraft will undoubtedly be its green engine.

Uno from Supiore’s electric engine is partially recharged by its solar panels, which can replenish the battery at a rate of five percent per hour and it recharges at 20 percent per hour when plugged in. The recharging power of the panels are somewhat limited when sunbathers are on the bow, but not significantly. The boat’s odd shape ensures that it would stay as stable as possible while in the water.