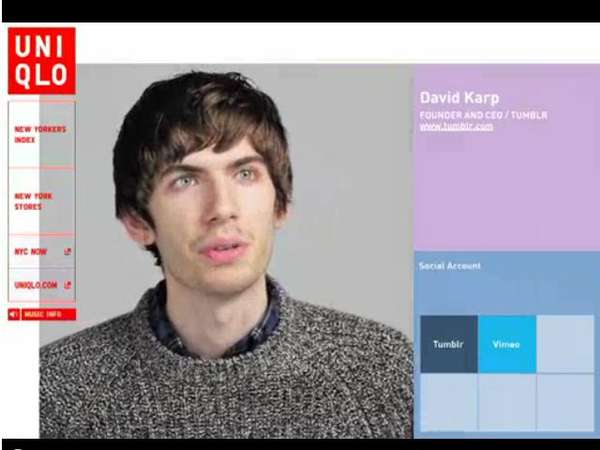 Made alongside the opening of the retailer's flagship store in New York this fall, the Uniqlo 'NYC Voices' provides two minutes of Karp talking about Tumblr, its uses and its relevance in today's online world.

The Uniqlo 'NYC Voices' campaign also features other digital media powerhouses, the likes of which include Josh Rubin, founder and editor-in-chief of CoolHunting.com, and Alex Chadwick, founder of Interviews50cents.

Karp is just one of many social media and Internet leaders that have been popping up in advertising over last year. For instance, Twitter co-founder Biz Stone appeared in a Stolichnaya Vodka ad and Foursquare's Dennis Crowley and Naveen Selvaduai have modeled for Gap. It's starting to look as if social media stars are gaining just as much clout as traditional celebrities (I'm sure many of us would be starstruck upon meeting Mark Zuckerberg or Kevin Rose).
5.2
Score
Popularity
Activity
Freshness
View Innovation Webinars