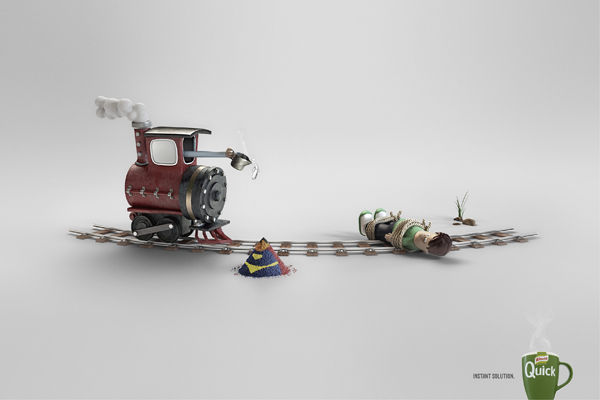 Meghan Young — May 15, 2014 — Marketing
References: borghilowe.br & adeevee
Share on Facebook Share on Twitter Share on LinkedIn Share on Pinterest
The Unilever Knorr Quick ad campaign promotes instant solutions to daily problems. Or, in the case of this campaign, dramatic scenarios involving the wolfish villain of Little Red Riding Hood and a hostage being strapped down to a railroad track. In each case, a hero is formed using the soup mix including Superman and a Hunter.