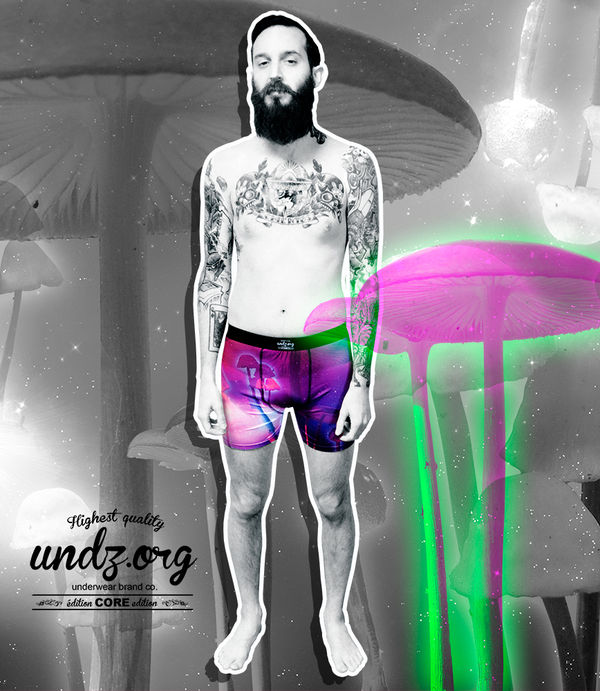 The strongly themed boxers with crazy prints such as Weed Camo, Mushroom, Paradise and Traffic are a bit edgy for some, and according to Bertrand Dore, Undz CEO, the next one will have even more of a twist. The underwear itself is a long-legged tight boxer made for action. To promote the brand, the company used a beared man with tattoos for this photo session.

Undz used a mix of black and white images combined with a colored pattern overlay, which created a good ambiance and a good product showcase.